So what does it actually mean for Nevada marijuana laws to say that marijuana is legal in the state while at the same time having federal marijuana laws on the books that say the plant is illegal everywhere in the United States? It turns out, the answer isn’t all that simple.

The Relationship Between State and Federal Law 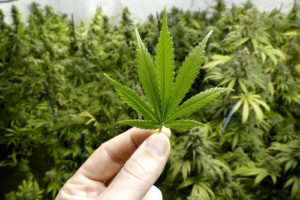 In order to understand how it is possible for a substance to be legal at the state level while at the same time being illegal at the federal level, it is essential to first have a basic understanding of the relationship between federal and state law.

There is a balance of power between state governments and the federal government that enables states to decide for themselves what they want the laws in their state to be. In most cases, this comes into effect when the state decides to make something illegal at the state level that is not illegal at the federal level. For example, in many southern states, it is against the law to sell liquor on Sundays, despite the fact that there is no such law at the federal level.

However, having a state legalize something that is illegal at the federal level is an entirely different matter. While the state of Nevada can choose to enforce or not enforce whatever laws they want, that still doesn’t stop federal officials from enforcing federal laws in the state of Nevada. In other words, it would be entirely legal for federal prosecutors to go after Marijuana dispensaries in Nevada in spite of the fact that the state of Nevada considers their activities legal.

With that said, there are protections in place that make this scenario highly unlikely. The biggest of those protections come from two memos written by attorneys at the Department of Justice under the Obama administration. Today, it is the second of these memos – the “Cole memo” – that is the most influential. The Cole memo was written by Deputy Attorney General James Cole in 2013 to provide guidelines for states that wished to legalize marijuana. While this memo did not give states direct permission from the federal government to legalize marijuana in their state, it did promise that federal prosecutors would essentially “look the other way” so long as the states followed the guidelines in the memo.

This protection may sound somewhat flimsy, but the DOJ has so far kept its word, allowing dispensaries to set up shop in states where marijuana is legal without fear of federal prosecution. Going after these dispensaries now would open up a Pandora’s box of lawsuits and legislative reform that most in the DOJ would rather keep closed for now. Nevertheless, laws more binding than the Cole memo would need to be put in place before these dispensaries are able to conduct themselves like any other legitimate business without any fear of prosecution.

It’s certainly not a perfect solution, but so long as marijuana is listed as a Schedule I drug by the federal government it’s the best that cannabis users and dispensaries in states where marijuana has been legalized can hope for.

Is Purchasing Marijuana in a State Where it is Legal Risky?

As for worrying about the federal laws regarding marijuana, though, there’s no reason for concern so long as you follow your state’s laws. Local and state police only enforce the laws of their jurisdiction, and no federal official is ever going to arrest you for marijuana possession in a state where marijuana has been legalized unless you are on federal property, such as Lake Mead.

Nevada marijuana laws allow individuals in the state to legally purchase and use marijuana despite the fact that possession of marijuana is still considered a crime at the federal level. While this is certainly confusing, it’s no real cause for concern for individuals living in the state.

However, there are still plenty of ways to get in legal trouble purchasing and using marijuana in Nevada. If you have been charged with a crime related to marijuana in the state of Nevada, it is important to contact a Nevada criminal defense attorney as soon as possible. Even in Nevada, crimes related to marijuana can be a serious offense and should not be taken lightly.

To learn more about your rights and what you should do after being charged with a marijuana-related crime, we invite you to contact our offices today. Our team of Las Vegas criminal defense attorneys will be happy to assist you with your case.