While the actual answer to this question is simple, it’s easy to understand the reason that it is raised so often, particularly in a state like Nevada, where tourism plays such a significant role.  Visitors from states that have not legalized the use of marijuana for any purpose, or states that have a stricter limitations on the way it can be distributed and to whom, are wise to familiarize themselves with the state laws regarding its recreational use, which may be more limited than they expected. Here’s a helpful overview of the things that both visitors and residents need to know about the purchase, use, and transport of marijuana in Nevada.

A Brief Recap of Medical and Recreational Legalization in Nevada 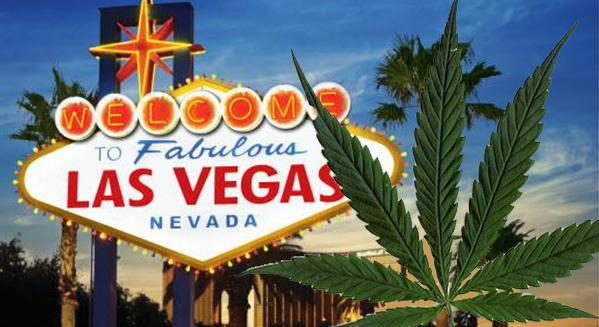 Cannabis found its way to legalization following a vote of 65% approval on the Nevada Medical Marijuana act in 2000. This was actually the second of two required approval votes, the first of which passed in 1998 with 59% in favor. The Nevada Medical Marijuana act made it legal for patients to be treated for a variety of conditions, including cancer, PTSD, and glaucoma with marijuana.

Patients in treatment were allowed to legally possess up to 2.5 ounces worth of usable, infused, or edible products, and to grow up to 12 cannabis plants, but was lacking a well-defined method for patients to obtain their medical marijuana in a legal way. This was finally refined in 2013 with the approval of a bill that allowed non-profit dispensaries to get a license allowing them to grow and sell medical cannabis. The first of these locations opened in 2015, and Nevada now has almost 200 legal, medical marijuana dispensaries in operation.

Recreational use of marijuana was approved a short time later, in November 2016, following the approval of the Initiative to Tax and Regulate Marijuana. As of January 2017, it became legal for adults (age 21 and over) to recreationally use, purchase and possess up to one ounce of marijuana, which can now be purchased legally at dispensaries in the state using a valid photo ID.

The fact that marijuana can be purchased and used recreationally in the state of Nevada does not mean that there are no laws governing where or when it can be used. These are some of the most common questions that people have regarding recreational marijuana, beginning with the oft-mentioned question regarding legal transport:

Can marijuana purchased legally in Nevada be transported across state lines?

Where can recreational marijuana be purchased in Nevada?

Marijuana can only be legally purchased from stores and dispensaries that have been officially licensed by the state to sell recreational and/or medical marijuana. The process to purchase it is nearly identical to purchasing alcohol – it can only be purchased by adults who are 21 years or older, who must provide first provide a valid photo ID.

How much marijuana can someone legally possess?

Eligible adults can possess no more than 1 oz. of marijuana – anything over that amount is illegal. Possession of more than 1 oz. is a felony and possession of 50 lbs or more is automatically considered to be trafficking. The penalties for possession, if you are caught transporting marijuana across state lines, will be determined by the laws regarding illegal possession of marijuana in the state where you caught it. These charges and penalties can be very severe depending on the state you’re in at the time and the amount you have with you.

Can marijuana be used in public places?

No – at present, use is limited to private residences only. It is illegal to use marijuana in public, at hotel properties, including in hotel rooms, or at casinos. The penalty for using marijuana in public is a misdemeanor in the state of Nevada, which comes with a fine of no less than $600.  It is also the right of landlords or homeowner associations to prohibit the use of marijuana at applicable properties and take action against those who are found in violation.

Is it legal to use marijuana in a vehicle?

It is illegal to consume marijuana in a car, even if the car is not in motion at the time or if you are merely a passenger. Driving while under the influence of marijuana is strictly prohibited in Nevada and will be treated similarly to an alcohol-related DUI. Even a first offense carries steep penalties if you are convicted, including a license suspension, possible county jail time or community service, fines and fees of up to $1,000 or more, and attendance at a DUI school, which you’ll be required to pay for out of pocket.

The laws regarding legal marijuana sales, use, and possession are still being decided or refined across the country. Because this is an evolving issue, anyone who intends to use or purchase cannabis in a state where it is legal should stay up to date on the state laws applicable to them. If you have any questions regarding legal marijuana use in Nevada that we have failed to answer here and would like to seek the counsel of an experienced attorney, please contact our office today for a consultation.