The recent developments in the alleged murder of Susan Winters prompted someone to email me and ask if the police need a warrant to search your internet search history.  The short answer is generally “no.”  Here’s why:

First of all, in case you haven’t been following this case, Susan Winters, a Las Vegas attorney, was found dead in her home and police originally believed she had committed suicide by drinking antifreeze.  The case went cold but then the Winters family hired a private investigator and ultimately the Clark County District Attorney charged psychologist Brent Dennis, Winters’s husband, with her murder after finding the internet search history they believe he made.  (He claims she made the searches in trying to find a way to kill herself with antifreeze.)

To answer the question of whether or not the police need the warrant to search your internet history, I want to take you back to the U.S. Supreme Court’s decision in Smith v. Maryland.  In that case, the police went to the local telephone company and asked them to install a pen register to record the telephone numbers that Michael Lee Smith dialed from his home.  Police suspected Smith had participated in a robbery.  So once Smith called certain telephone numbers, the telephone company would record those numbers and then give that information to law enforcement.  After the police had the numbers Smith called, they had enough evidence to present to the prosecutor, and charges were filed against Smith.

Smith sought to challenge the evidence of the pen register alleging that it was taken in violation of the Fourth Amendment rights under the U.S. Constitution. Specifically, Smith claimed he had a subjective and reasonable expectation of privacy.  Smith argued that since the calls were made from his home, which the courts have recognized as providing the most protection against government intrusion, the installation of the pen register violated his Fourth Amendment rights.

The U.S. Supreme Court disagreed with Smith and found that he didn’t have a reasonable expectation of privacy because the police didn’t go into his home without a warrant.  They reasoned that once he made the call, he exposed those numbers he dialed to the telephone company and relinquish any expectation of privacy because he was giving those numbers to a third party.

So let’s say that you’re home and are tired of your husband not putting the toilet seat down after using it and you want to kill your husband.  You then look up “how to kill with arsenic” on your Google search tool in your bedroom while on your iPad.  You read about how to do this and then you proceed to poison your husband with arsenic.  Next, the coroner determines the death was caused by arsenic, the police investigate you, and ultimately you’re charged with murder after the police go to Google and request all the searches you’ve done from your home computer. 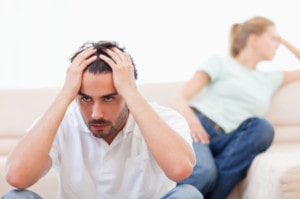 So can you have the Google searches thrown out in court because the police learned this information without a warrant?  Applying the reasoning from the Smith case referenced above, the answer is “no.”  The reason is that the moment you went online, even from the privacy of your own home, in your own bedroom, and on your own laptop, you gave up that information to a third party just as Smith did when he made those telephone calls through the phone company.  When you’re using any search engine be it Google, Yahoo, or Bing, to search for how to poison someone with arsenic, it’s just like asking someone “how do you kill with arsenic”.  You have no legitimate expectation of privacy when you ask a third party for any type of information.

I don’t see the law changing to provide more protection for people doing searches from their homes on the internet.  Last week, President Trump signed a resolution rolling back protections for consumers and giving ISP’s access to your browsing history.  Under the previous FCC rules, ISP’s couldn’t gather and sell your browsing history or your personal information unless you consented to them doing so.  This is really lucrative data ISP’s will now have because they will be able to sell your search interests and you’ll start getting a lot more advertisements related to your searches.  The new rules basically tell you that if you don’t want people knowing what you’re searching, find an ISP who won’t sell your data or just don’t use the internet.  That’s kind of like telling consumers that they don’t need electricity because they can always use candles.  And I can’t imagine what ISP won’t take advantage of the opportunity to sell your browser and search history and make a lot of money doing so.

So getting back to whether the police can get your search history without a warrant, the answer is “yes” because you have no reasonable expectation of privacy.