WHEN DO I GET MY BAIL MONEY BACK?

Getting your bail money back sounds pretty straightforward but, it’s not. Bail can be exonerated, used for fines, or kept if you decide to not show up to court. So asking, “When do I get my bail money back?” is a difficult question to answer.

Generally, when you do post cash bail you will get your money 4-6 weeks after the case has closed. If you hire a quality criminal defense attorney, sometimes you can get your bail exonerated.

Bail is a process in which you exchange a sum of money for release from police custody until your case is adjudicated. If the amount is more than you can afford, the court may allow you to contract with a commercial bail bondsman. In return for a nonrefundable fee, either in cash or a combination of a cash fee and collateral like real estate or a vehicle, the bond agent promises to pay the outstanding balance to the court if you fail to meet the bond conditions. According to FindLaw, a fee of 10 percent to 20 percent of the total bond is common.

After posting bail, the court will issue a bail order. However, your continuing freedom is subject to specific terms and conditions. In addition to mandatory attendance at all court hearings, a bail order may impose travel restrictions or a curfew, require that you get substance abuse or psychological treatment, or revoke gun ownership privileges. If you meet all these conditions, the court will issue an exoneration order releasing the bondsman from any further responsibility for your continuing cooperation on the day the case ends. If you pledged collateral, it will be returned at that time.

When you use a bail bondsman, the bail bondsman will charge a percentage as a fee. This fee you will NOT get back. That is how the bondsman makes his money. He charges you a certain percentage of your total bail and will then post that bail. 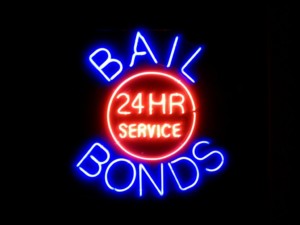